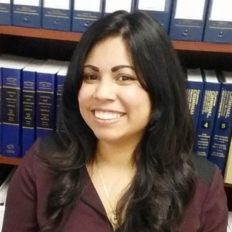 Ms. Wallace graduated with honors from San Francisco State University in 2002. She has a Bachelor of Arts Degree in both criminal justice and organizational communications. In 2007, Ms. Wallace earned her law degree at the University of San Francisco, where she distinguished herself with several awards for exceptional advocacy. Ms. Wallace joined BACL in March of 2008. Prior to joining our firm, Ms. Wallace had a background in immigration law and criminal defense. Her previous criminal defense experience included work for the Marin County Public Defender, as well as private defense work.

Ms. Wallace has an immense passion for criminal law and social justice. Ms. Wallace, a member of the National Association of Criminal Defense Lawyers, regularly attends conferences to sharpen her skills and awareness related to the evolving fields of DUI and Narcotics defense, trends and developments in forensic evidence, and advanced trial techniques.

Ms. Wallace has navigated criminal courts and enjoyed success throughout California since she was a certified law clerk in 2005. In fact, Ms. Wallace obtained her first felony dismissal in 2005, arguing in court as a second-year law student. She has continued that trend and developed an impressive record of dismissals, both misdemeanors and felonies, with particular success in DUIs, domestic violence and assault cases, probation violations, pimping and pandering, theft cases, and strike offenses, such as robbery and violent sex crimes. Ms. Wallace has achieved dismissals of misdemeanor and/or felony charges in the following counties: Alameda, San Francisco, Santa Clara, Placer, Stanislaus, Marin, Sonoma, Napa, and San Mateo.

Ms. Wallace takes particular pride in helping clients to get back on track by terminating their probation early, clearing their records, and helping clients to obtain certificates of rehabilitation. Ms. Wallace has successfully argued many discretionary record clearance motions, including circumstances where the client violated probation on the underlying offense and/or picked up new charges after the conviction.

Ms. Wallace maintains relationships with many of her former clients, whom she now considers to be friends. She takes a personal interest in her cases and does not tolerate her clients being taken advantage of or mistreated. She takes pride in obtaining for her clients something that is difficult to come by in life, a second chance.