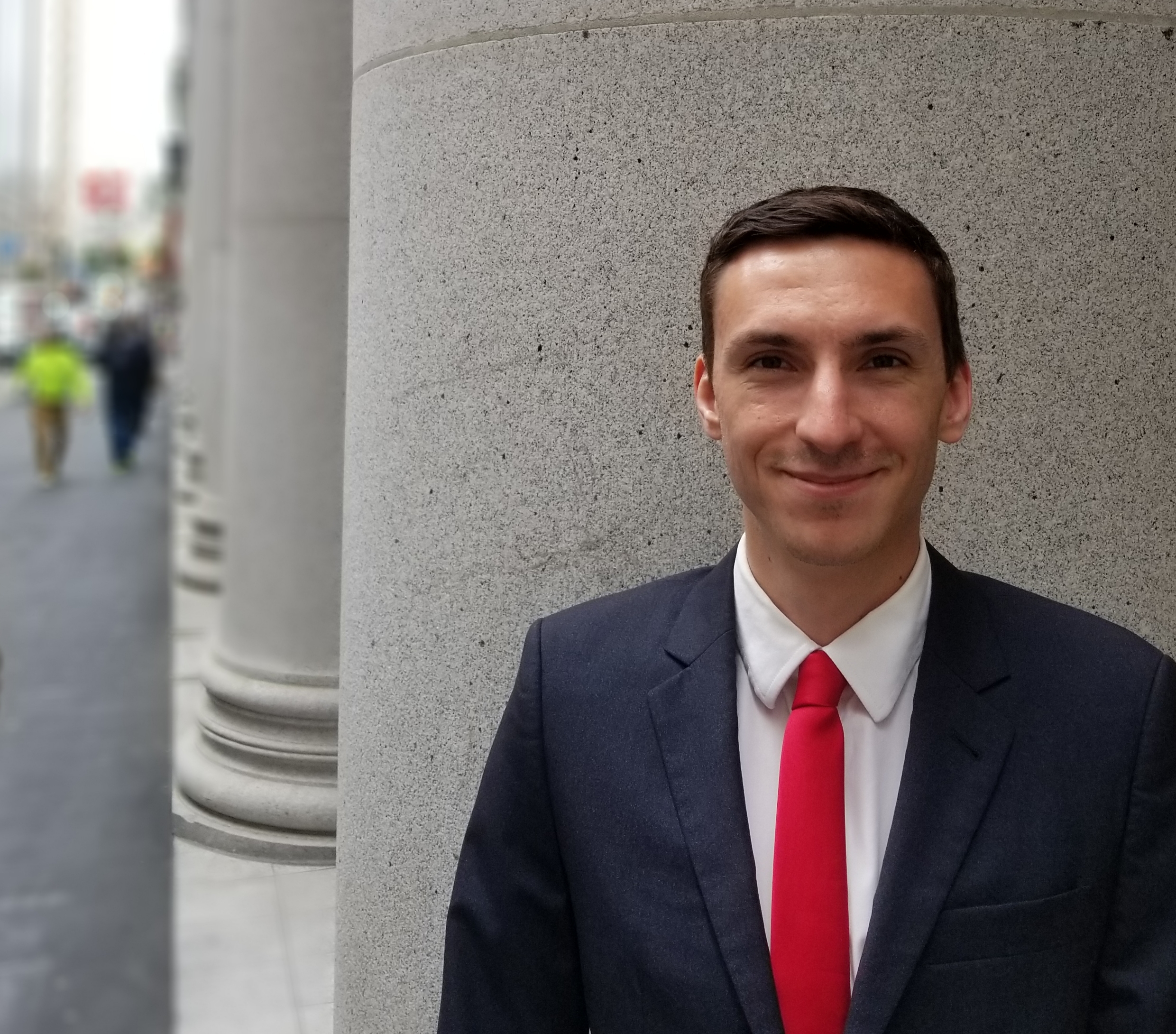 Bay Area criminal defense lawyer Alexander P. Guilmartin graduated cum laude from the University of California, Hastings College of the Law in 2015. While in law school, he received numerous academic accolades including Best Oral Argument and the top grade in his class in Wrongful Convictions, the Criminal Practice Clinic, and Civil Procedure. During this time, Mr. Guilmartin also participated in Hastings’ Trial Team, competing against the top law student advocates around the country in trial court settings, earning the Perfect Advocate award in 2013 and numerous competition victories thereafter. Prior to law school, Mr. Guilmartin graduated from the University of Florida Honors Program in 2008, where he studied as a National Merit scholar, ultimately obtaining a Bachelor of Science Degree in psychology, with a minor in philosophy.

Mr. Guilmartin joined Bay Area Criminal Lawyers, PC (BACL) in December of 2015. Prior to joining our firm in a full-time position, he worked with a number of local criminal defense attorneys, including firm owner David J. Cohen, Esq., on a variety of federal and state criminal cases. Mr. Guilmartin also worked for the esteemed San Francisco Public Defender’s Office as a certified law clerk. During his time at the San Francisco Public Defender’s Office, working alongside seasoned attorneys, Mr. Guilmartin participated in high-level trial work, including an attempted murder trial in 2015. He also helmed numerous pretrial efforts, obtaining felony dismissals at preliminary hearings and beyond.

Since joining BACL in 2015, Mr. Guilmartin has proven himself as an invaluable member of the BACL team as well as an experienced Bay Area criminal defense lawyer. He has handled nearly all types of criminal matters, including murder and attempted murder cases through trial, three strikes cases, complex fraud schemes and other white-collar cases, drug, narcotic, and weapons offenses, amongst others. Mr. Guilmartin served as second chair in the largest and most expensive multi-defendant special circumstance murder trial in the history of Contra Costa County, served as second chair on a 44-count federal tax fraud trial where the jury acquitted on two counts and hung on the remaining counts, and has conducted preliminary hearings in serious and violent felony matters on his own, as well as alongside firm owner  David J. Cohen, Esq.

As an experienced criminal defense lawyer, Alexander P. Guilmartin also boasts considerable writ and brief experience at the state and federal levels. He has filed dozens of writs and appeals in the First, Third, Fifth, and Sixth District Courts of Appeal, where he has successfully obtained remands on several writs of mandamus and/or prohibition. Additionally, he has filed upwards of two dozen petitions for review to the California Supreme Court and had several such petitions granted. He has also filed appeals with the Ninth Circuit and briefed cases in Hawaii and Texas district courts.

Mr. Guilmartin strives to utilize his skills and knowledge to support the legal community. Since February, 2016, Mr. Guilmartin has been a contributing author to James Publishing’s Ninth Circuit Criminal Law Reporter, a monthly publication that summarizes all Ninth Circuit and U.S. Supreme Court decisions published since 1983.

Mr. Guilmartin has always viewed criminal defense as immensely important – and rewarding – work. Since college, he has been motivated by a passion for providing the zealous representation to which every individual is entitled, guiding clients through the minefield of criminal law practice to fight for a just resolution of their case.